A Rich Community in Milwaukee

We have lived in the inner city of Milwaukee since 2006.  We continue to learn more about living here as well as learning more about ourselves.  We realized we should start to share some of these things since others could learn too.  We are probably going to get something wrong but we want to share regardless, knowing we are still growing and learning in our search of getting it right. 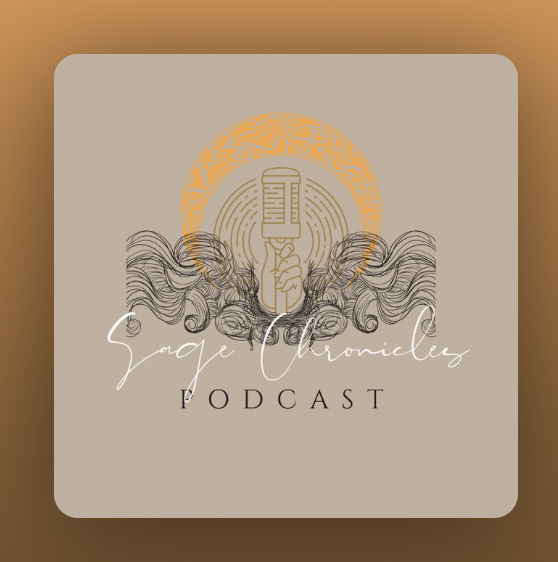 March 8, 2022Meg BruzanFeatured, Milwaukee
God has a funny sense of humor. When we bought our house and moved in, two men that I didn’t know were living in the flat below us. I remember Mr. Roberts’ son coming upstairs to ask me for video game cheat codes.  He was a bit intimidating at 6’5” but a gentle man who...Read More

Check out the Latest Episode of the 53206 Podcast 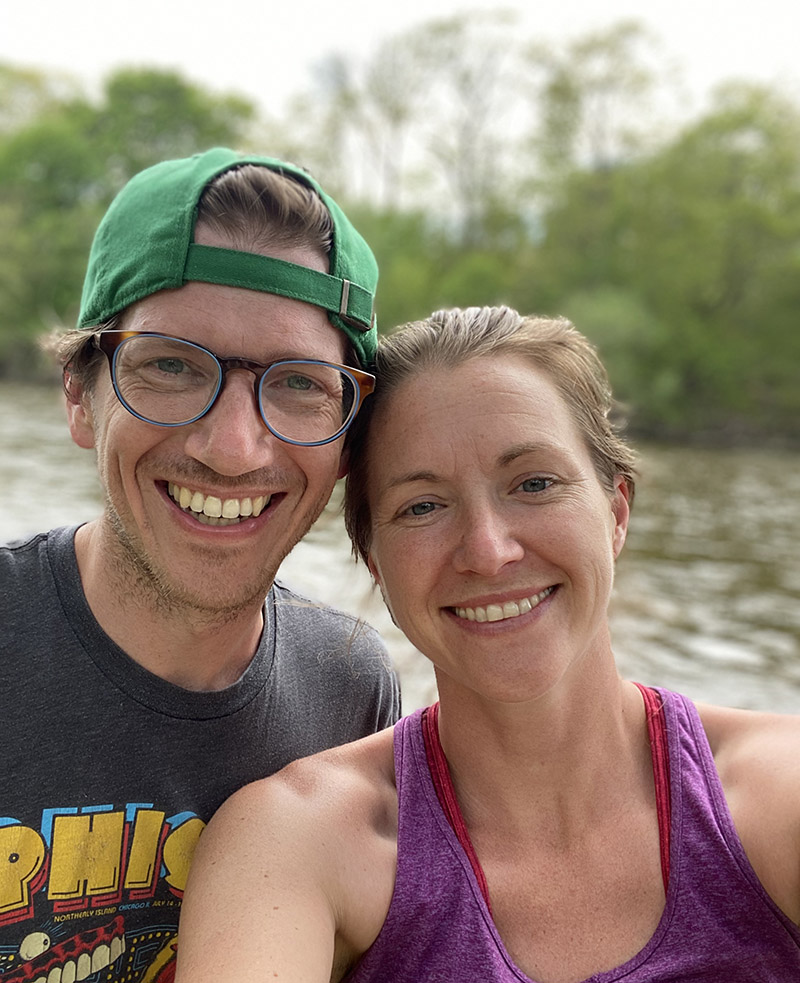 We are Alex and Meg 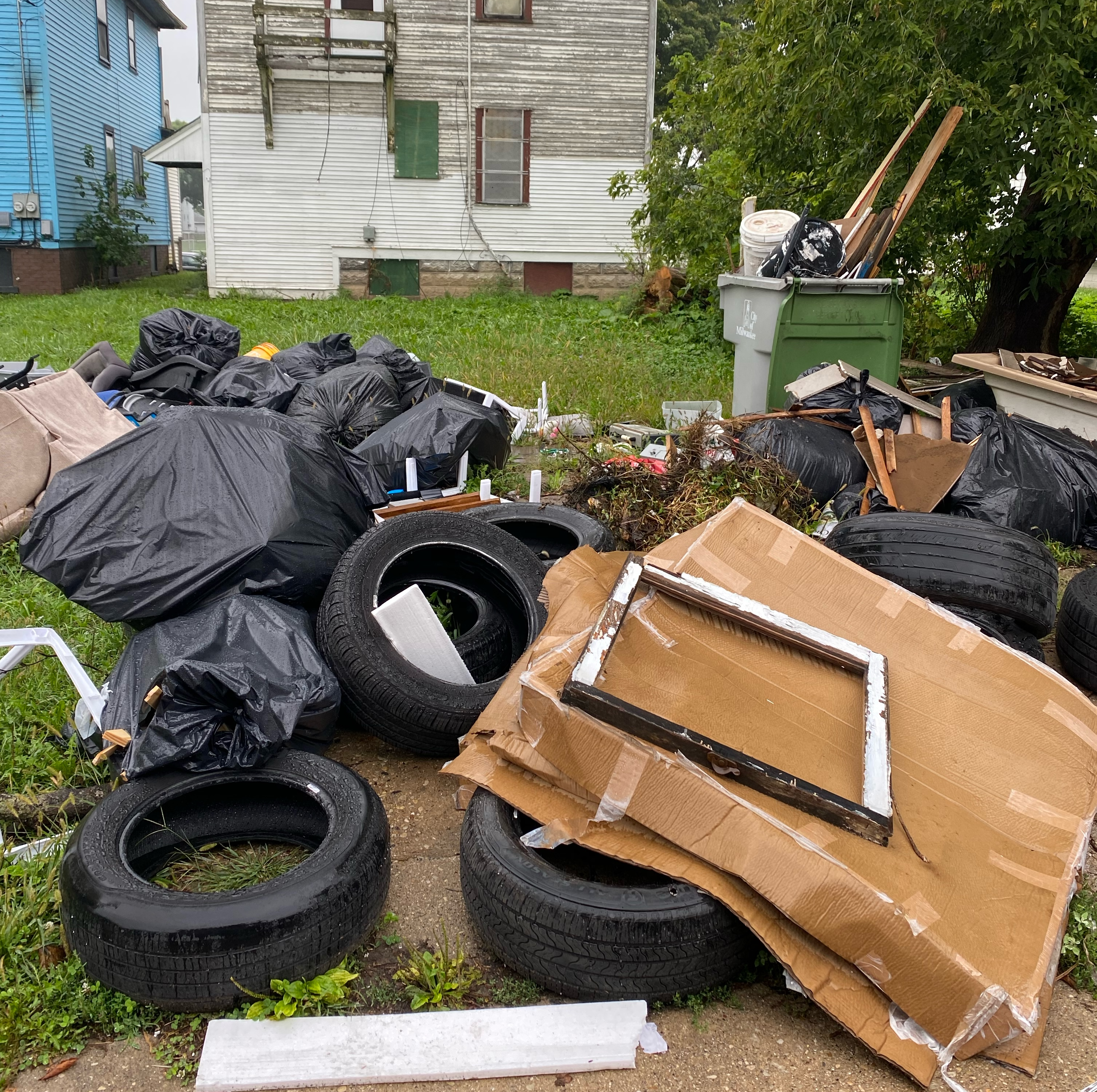 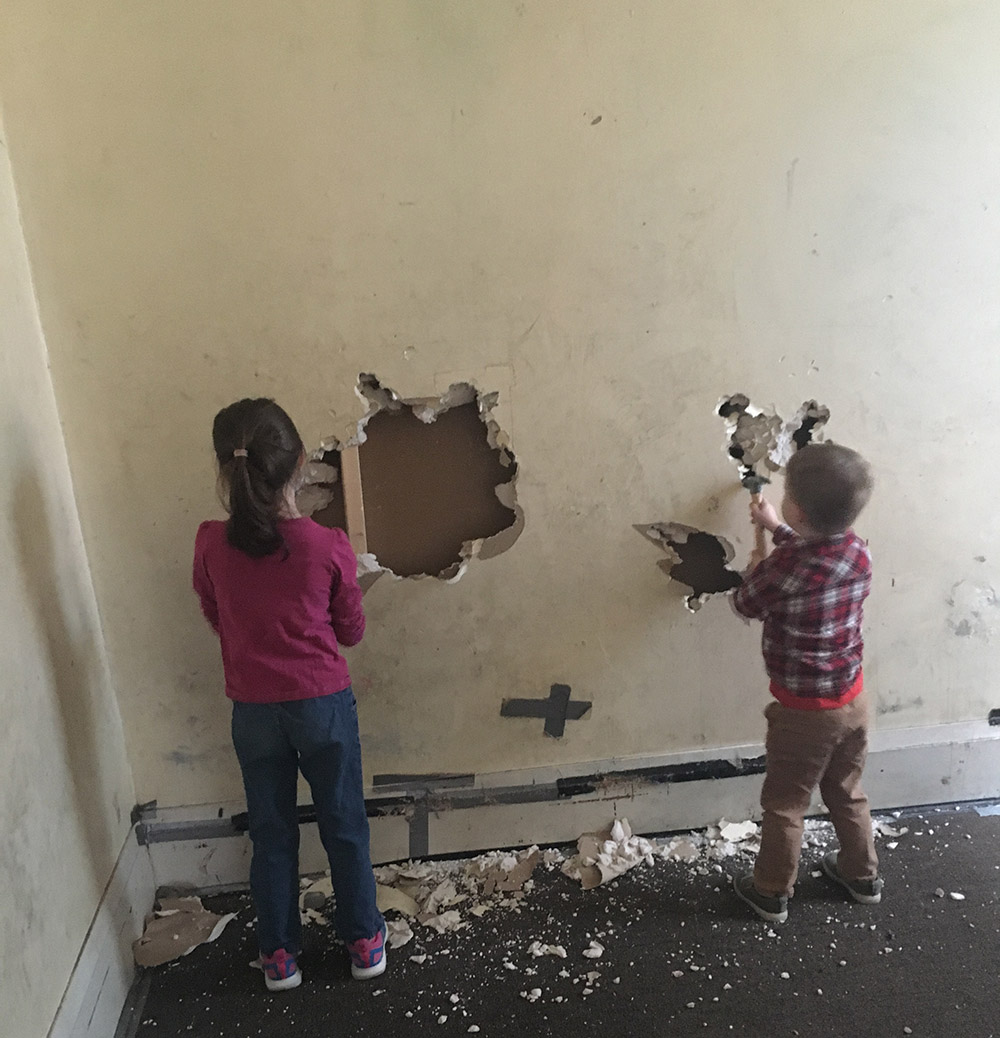 We tell stories to help us make sense of the world. These hundreds and thousands of stories we tell ourselves and each other make up our world view – how we process our tiny place within the world. Some stories are meant to inspire. Some stories are meant to teach us deep lessons about humanity....Read More
Featured, Inner City, Milwaukee, Segregation

Episode 59: A Backpack Full Of Trauma (Our House Got Broken Into – Part 3)

Like in many inner cities, the neighborhoods in 53206 experience traumatic events at a predictably higher rate than other places outside of our cities. On this episode of the 53206 Cast, Meg and Alex sit down and talk trauma and how traumatic events can impact children’s ability to be successful in school.  Resources: Electrical fires...Read More
53206 Cast, Episodes, Featured, Inner City, Milwaukee, Poverty, Race 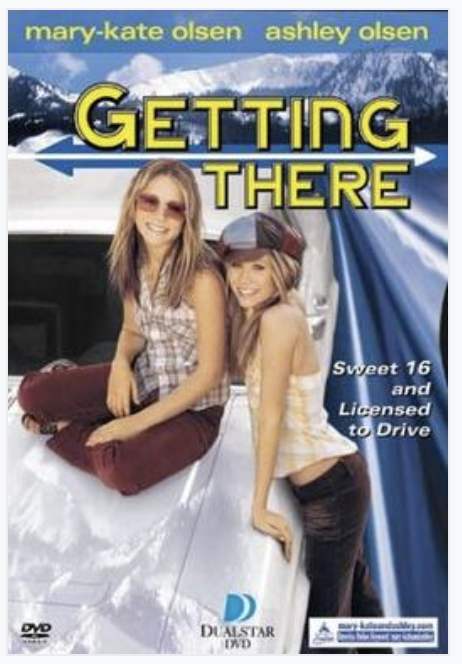 Of course it would be like this. I find myself saying this to myself a lot lately. I’m not the first person to think this and I’ll undoubtedly not be the last. But this statement has become a mantra for me lately. Of course version 3 of 10 would look like this or of course...Read More
Featured, Semi-Retirement 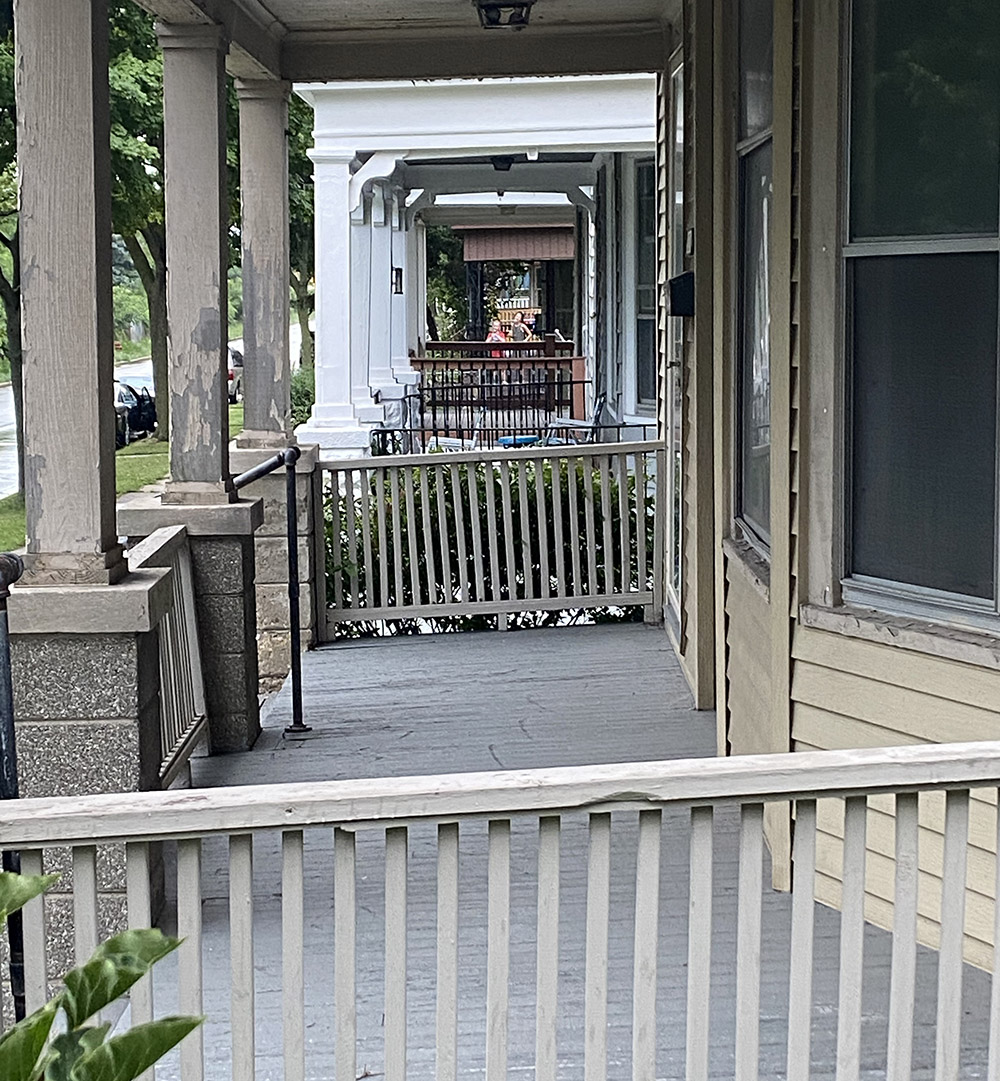 Processing Week 6 – Misplacing Automobiles, Defining Buckets, and We Got This

I’m not a macro-economist. I took one econ class in college. The professor was a parrot-head (someone that goes to Jimmy Buffet concerts). Besides telling us the basics of how a free market economy works, the main take away from that course was that he lost his car at a Jimmy Buffet concert at Alpine...Read More
Featured, Semi-Retirement 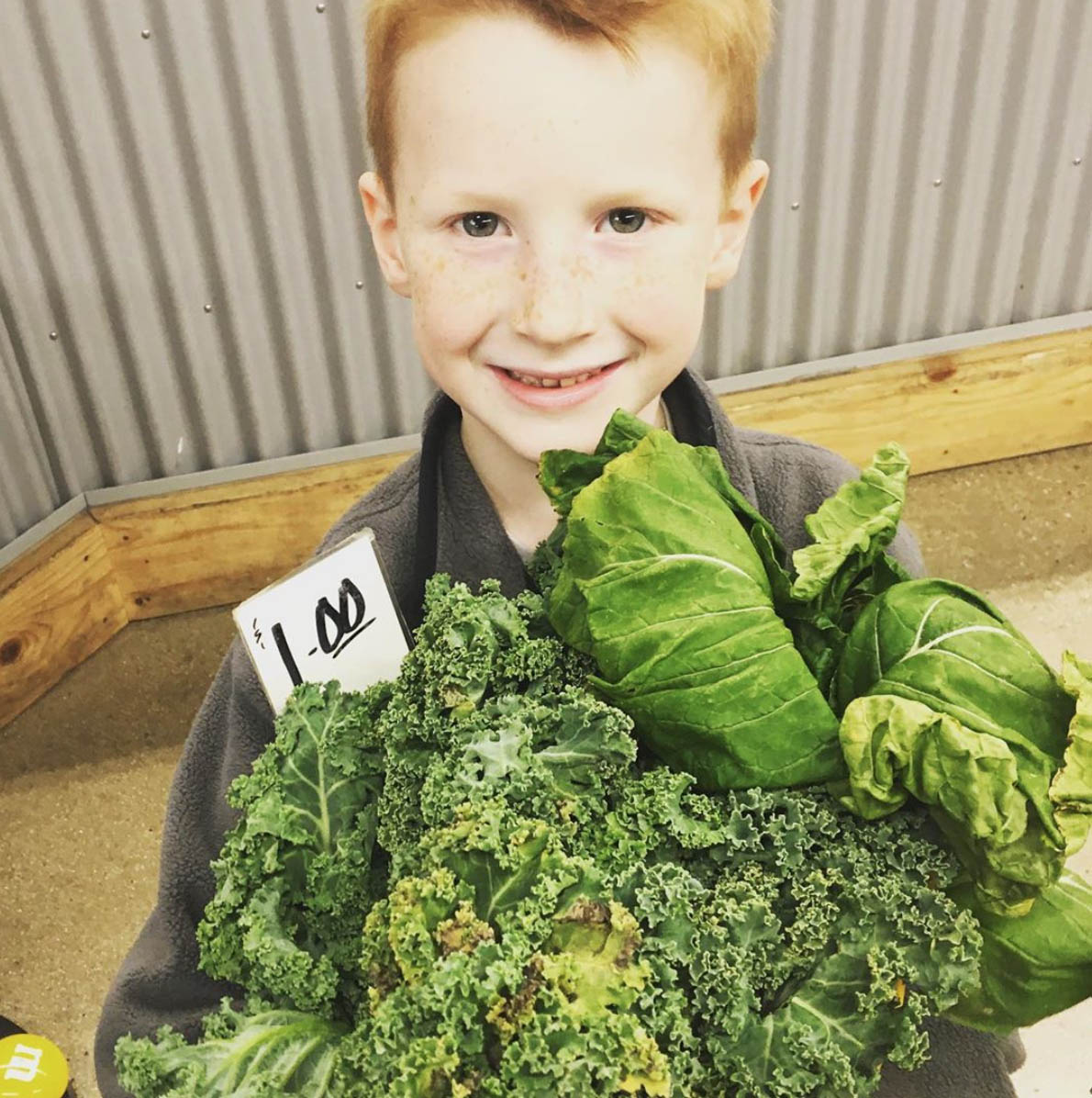 When I was working in a school we had a saying, self awareness, plus perspective yields empathy. Empathy was the goal, because you begin every interaction seeking to understand what would be in the best interest of the person you were serving. If I’m deciding what the next course of action should be for a...Read More
Featured, Semi-Retirement 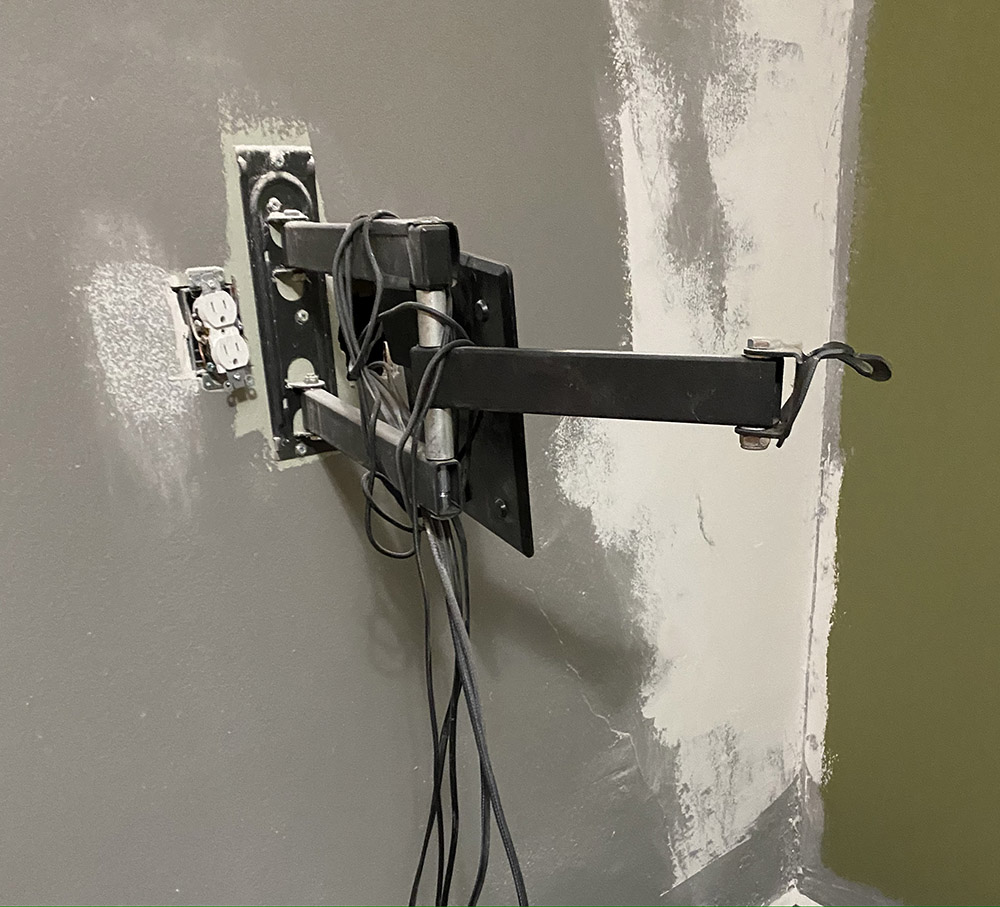 Home Invasions and Half Iron Mans

I told myself if I could get halfway through the bike, I would be ok. I haven’t always been the type of person that exercises. I’d never paid to participate in a race. I’ve run two marathons, but the course was either designed by my sister or just made up as we ran. One year...Read More
Featured, Housing, Inner City, Kids, Milwaukee, Safety 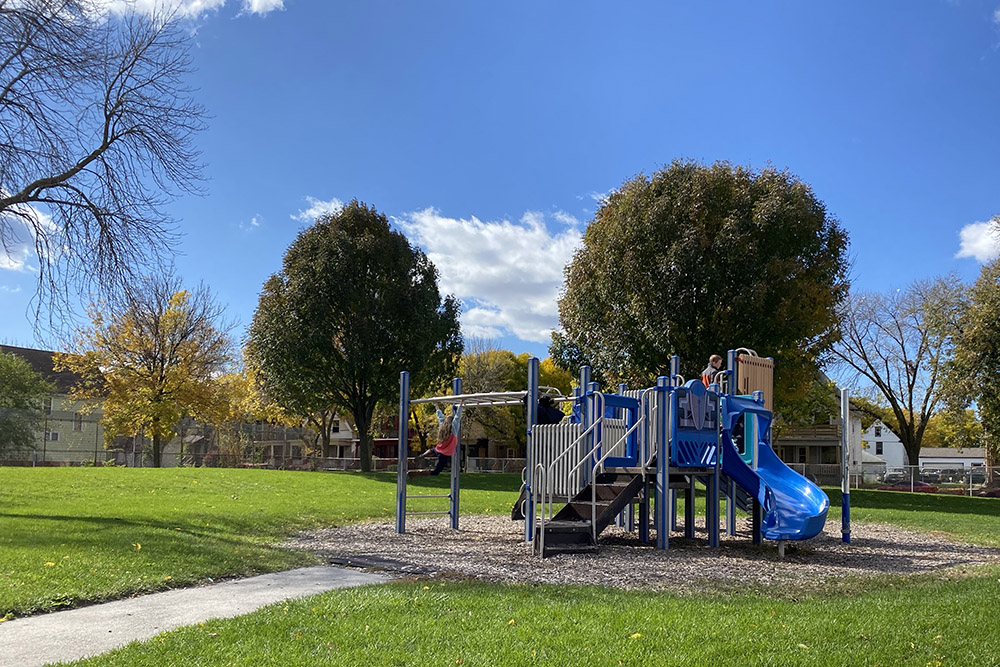 Last night my 10 year old went to the neighborhood park with a few other girls from the block.  As she was gone I couldn’t stop listening for anything out of the ordinary and worrying about her in general.  Last week there was a drive by shooting spraying about 100 rounds for several blocks on...Read More
Featured, Inner City, Kids, Milwaukee 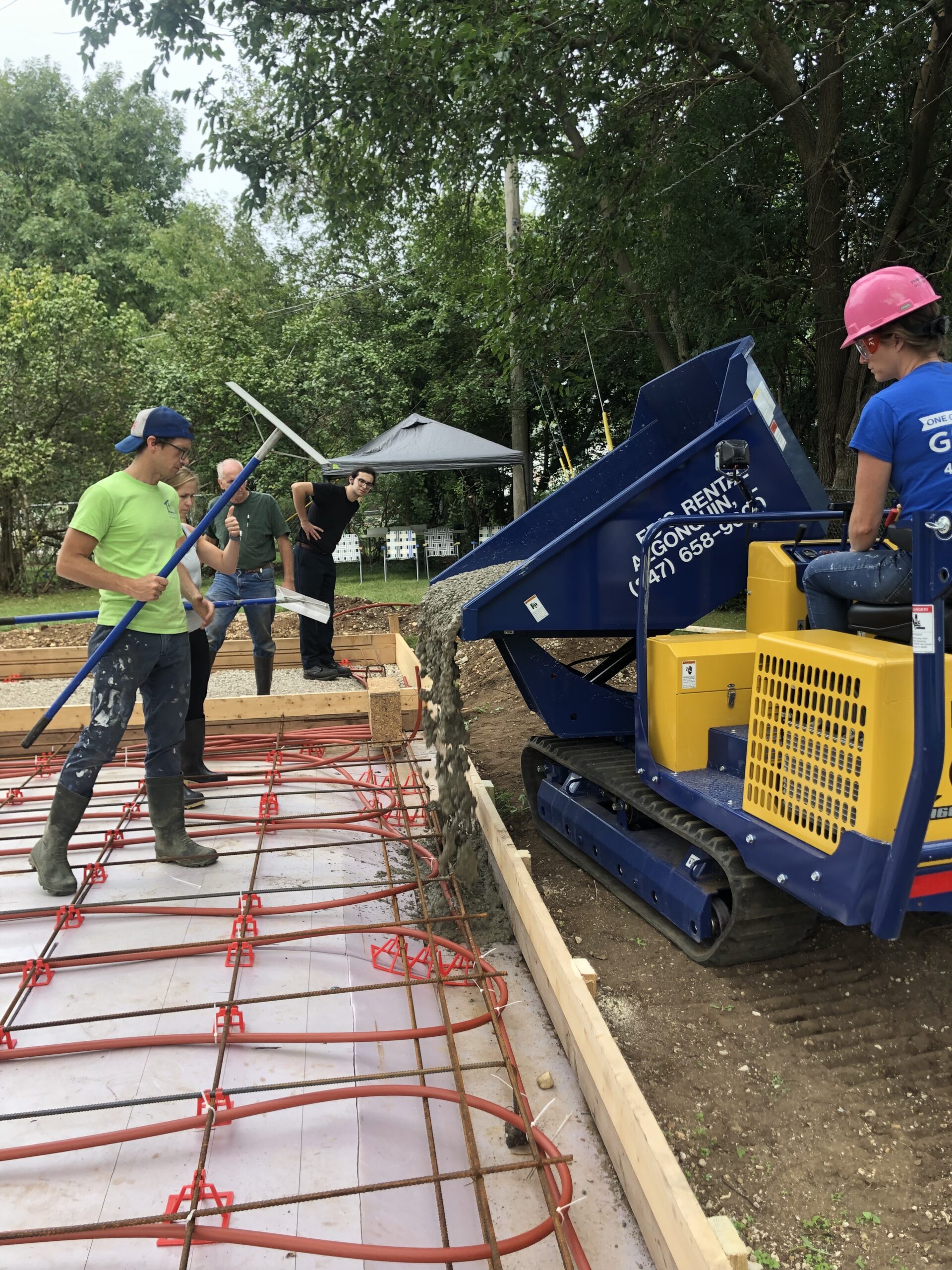 In the early 2000’s I spent a lot of time going to church. Church means different things for different people at different times of their lives. For little Alex Bruzan, it meant evangelical, structured services with singing to start, singing to end, with a half hour talk in the middle, and a couple of prayers...Read More
Featured, Semi-Retirement 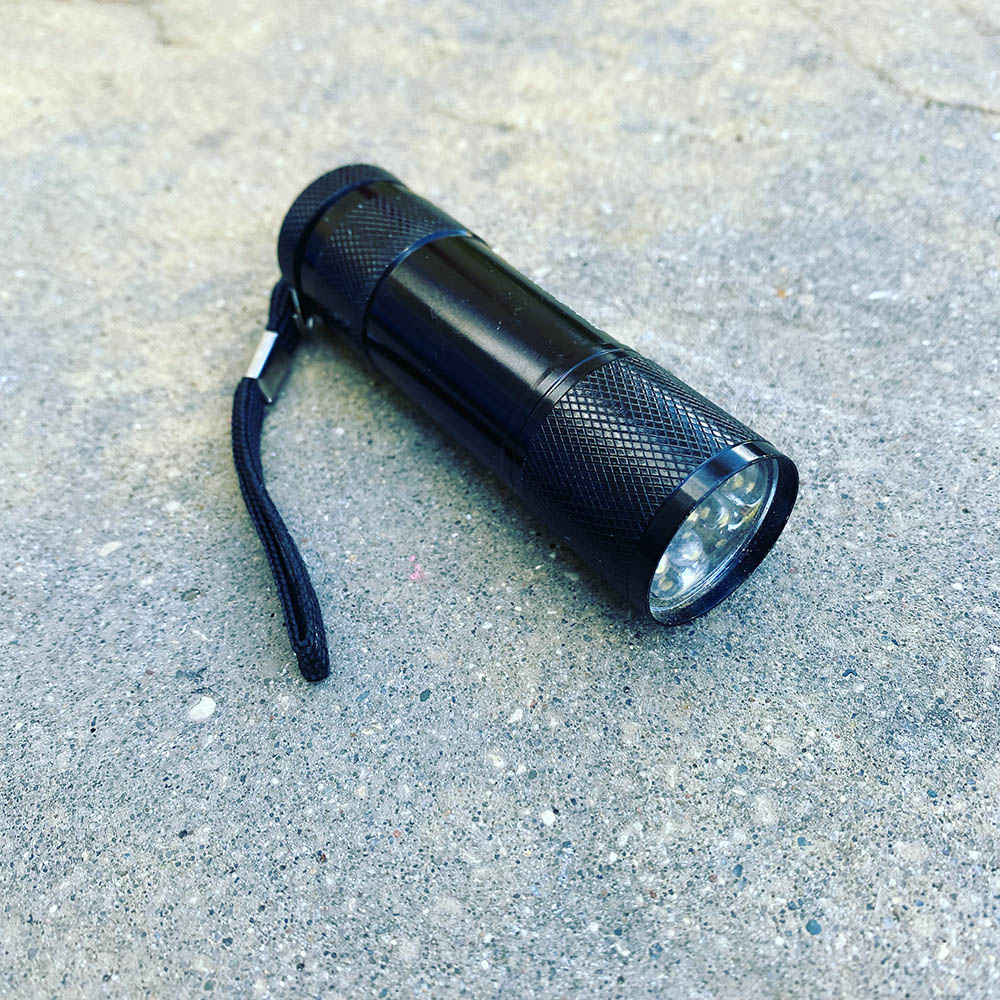 Do you have a flashlight or candle I can have?

“Do you have a flashlight or candle I can have?” A woman walking down the street stopped me and asked me this question.  I thought this was a weird request so asked why.  She said that the power and water was shut off in her home so a flashlight would be helpful in getting through...Read More
Featured, Housing, Inner City, Milwaukee, Poverty

For the first time in a long time, I’ve got time. So I think I’ll spend an hour refining those three big goals I’ve been working through. The more refined they are, the easier it should be to figure out some actions that’ll work toward solving the problems created by those three big goals. I’ve...Read More
Education, Featured, Housing, Inner City, Poverty 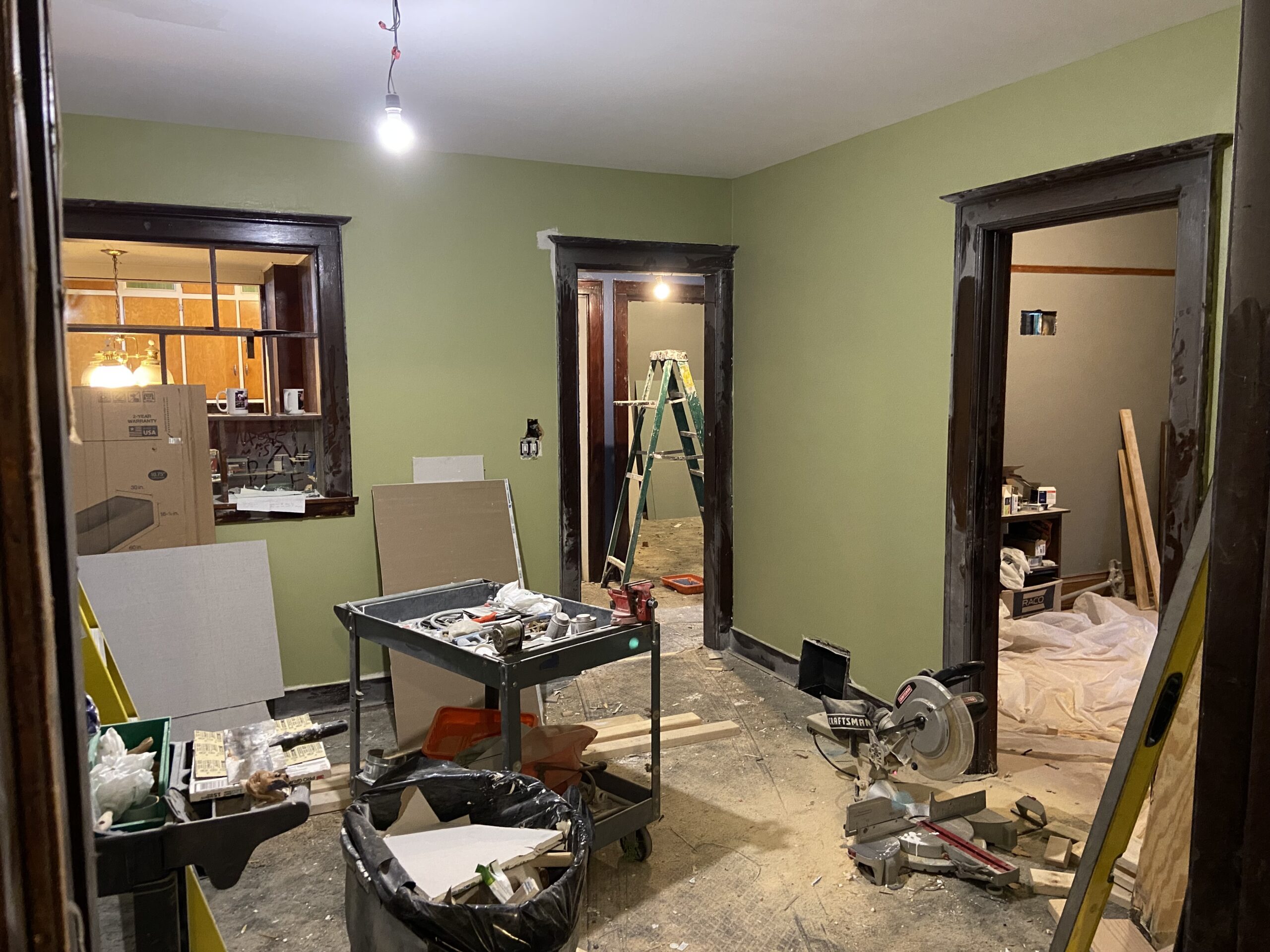 An Update On Charlie’s House

I’m standing in the downstairs kitchen at Charlie’s house getting ready to put up a coat of mud in the living room. When I come here, I can’t help but think about him. We were neighbors for about a dozen years. When we first moved into 53206, I had a fear that the people who...Read More
Housing, Inner City, Rentals 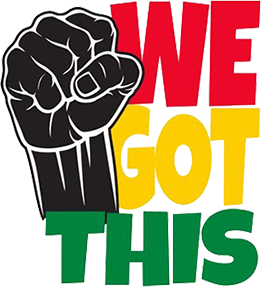 We love the idea of putting more money into 53206 and we believe that the We Got This Garden is one of the best ways to do so.  They provide youth a place to work in the garden as well as train the youth how to have a vision for their life.

1. A 2013 University of Wisconsin-Milwaukee study found it was the most incarcerated ZIP code in the state, with a majority of its men having spent time in jail or prison. Experts say little has happened since to suggest the ranking has changed.

3. Two-thirds of the children in 53206 live in poverty, compared with 42 percent of all children 18 and under city-wide.

4. Nearly 95 percent of its residents are black. No other ZIP code has a greater percentage of African Americans.

5. Residents received the lowest rating for health outcomes from the Center for Urban Population Health in 2009. The rating was based on access to quality healthcare; health behaviors; physical environment; poverty and education.

Stats above by Jsonline

Products on the site are created by our neighbors in the 53206 zip code. 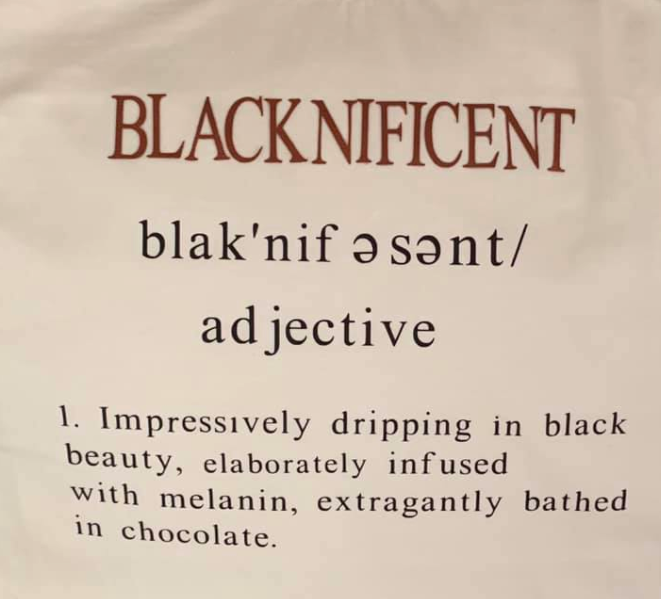 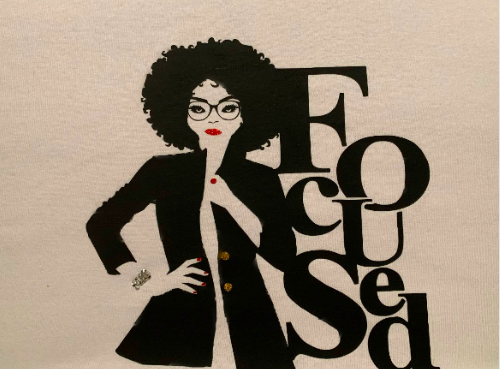 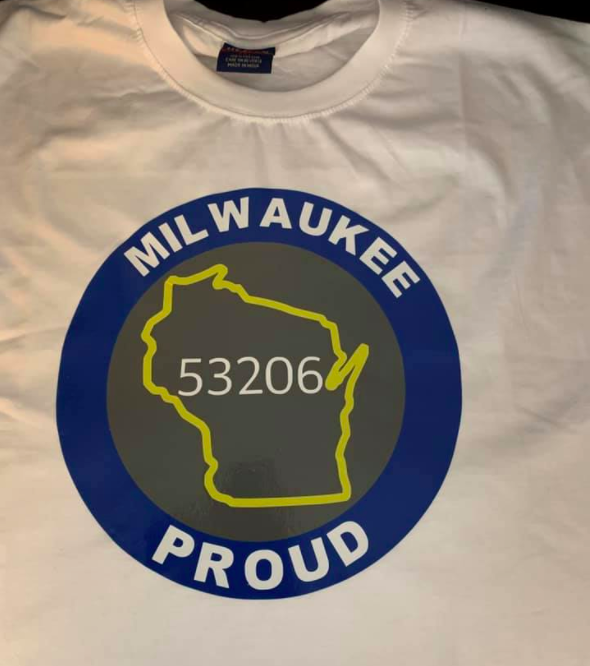 See More
We use cookies on our website to give you the most relevant experience by remembering your preferences and repeat visits. By clicking “Accept All”, you consent to the use of ALL the cookies. However, you may visit "Cookie Settings" to provide a controlled consent.
Cookie SettingsAccept All
Manage consent